Conceptual Art in Britain 1964-1979 will show how artists working in Britain transformed the nature of art. This exhibition will trace the course of this pivotal movement from its origins in the mid-1960s through to the late 1970s, bringing together 70 works by 21 artists including Richard Long, Barry Flanagan, Mary Kelly, Keith Arnatt, Bruce McLean and Susan Hiller. The exhibition will demonstrate the radical, thought-provoking and politically-engaged nature of this defining period in art history, positioning conceptual art not as a style but rather a game-changing shift in the way we think about art, how it is made and what it is for. 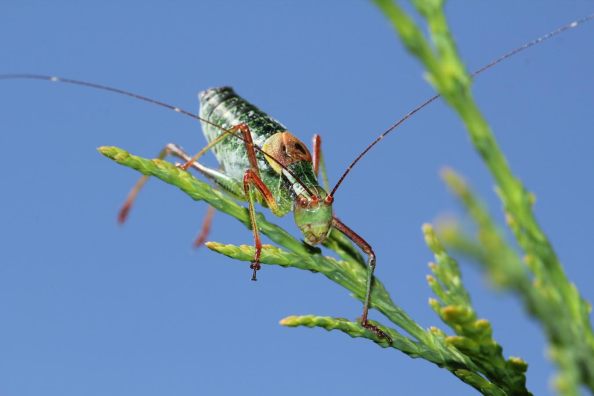 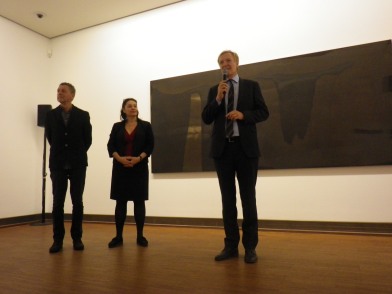 Jedlitschka Gallery is pleased to present the first solo exhibition of new paintings in Zurich, by the artist Chris Dennis. Chris Dennis paints his images within a visual world he began to construct in 1996, when he produced a series of paintings based on a collection of short stories by Bret Easton Ellis called “The Informers”.

Richard Saltoun Gallery presents the work of experimental and influential British artist Shelagh Wakely, an artist whose international artistic connections defined her practice, yet who remains undeservedly neglected in her home country.

Curated by artist and close friend Antoni Malinowski, the exhibition follows on from her retrospective at Camden Art Centre, London, in 2014 and highlights Wakely’s global relationships and collaboration with other artists, notably the Brazilian artists Lucia Nogueira and Tunga.

The exhibition will present, for the first time since its creation in 1986, Spring Snow, a floor installation made of pink tissue paper, which will occupy the entirety of one room of the gallery.

Shelagh Wakely was awarded several museum shows in the UK during her lifetime, including her solo exhibition, some encounters with reality, at the Serpentine Gallery in 1977. An exhibition three years later at Piwna 20/26, an avant-garde artist-run space in Warsaw, Poland, brought her work into an international context for the first time. The interdisciplinary aspect of her oeuvre has made her difficult to place. Her early minimal sculptures and drawings of the 70s through to the gestural paintings and installations of powdered spices from the 80s, and video works of the 90s; it was only in the last ten years of her life that she found considerable success in public commissions, notably the 60,000-piece glass mosaic on the south facade of Royal Albert Hall in London.

Biography:  Shelagh WAKELY (b. 1932, Madingley – 2011, London). Shelagh Wakely was an experimental and influential pioneer of installation art. Born in the small village of Madingley, Cambridgeshire, in 1932, Wakely spent much of her youth in Kenya where her family lived a privileged colonial life. She returned to England as a teenager to study agriculture, but quickly turned to the arts, studying painting and screen-printing at the Chelsea College of Art (1958-1962). Wakely worked as a textile and clothing designer through the 1960s but a research fellowship at the Royal College of Art (1968-1971) led her to turn to sculpture. Wakely met the artist Tunga in 1989 and developed a close collaborative relationship, making video and performance works together. Her later career, from the mid-1990s onwards, was dominated by these works and the impact Brazil had on her.
Early exhibitions were held at the Serpentine Gallery, London, (1977); ICA, London, (1979) and John Hansard Gallery, Southampton (1982).  These shows cemented her reputation as a multifaceted artist: installations, sculptures, drawings and paintings all incorporated across the breadth of her practice. Later landmark exhibitions include The British School at Rome, 1991, where she was a Fellow, IKON Gallery, Birmingham, 1992; Museu do Acude, Rio de Janeiro, 1993; and an outdoor installations, Rainsquare, installed at the South London Gallery in 1994, Angel Row Gallery, Nottingham, 2002 and the recent retrospective A View from a Window, at Camden Arts Centre, London, 2014. Public commissions include: Royal Albert Hall, London, 2001, Marunouchi Building, Tokyo 2002, Beckenham Beacon Hospital, Kent, 2009, and Nottingham University Hospital City Campus, Nottingham, 2010.

Antoni Malinowski (b. 1955, Warsaw) A student at the Academy of Fine Art, Warsaw, Malinowski moved to London in 1980 to study at the Chelsea College of Art. He is particularly known for his large-scale installations and paintings which investigate the properties of colour and line. Recent commissions include “Spectral Flip”, Mathematical Institute, Oxford (2015); Everyman Theatre, Liverpool (2014); “Bridging Lines Venice”, Architectural Venice Biennale, Venice 2004.

ARTAGŌN organises each year, with the support of the French Ministry
of Culture and Communication, of its patrons and partners,
an artistic contest for art schools students, a real world premiere. Chaired
this year by the gallerist Chantal Crousel, the jury is made of 25 players of the art and creation world. Divided into delegations they have visited 15 art schools in February and March, in France, Switzerland, Belgium and Monaco, and selected 3 students in each school. The exhibition gathers the art works of the 45 chosen artists. Du
ring the closing party, which will take place on Saturday 9th April, from 7pm, the ARTAGŌN cups will be awarded by the jury to a group of students from the same school, and to the artist who has presented ,according to them, the most promising work. « Be wild! », « immerse yourselves in the world you live in! », « tell us who you are! », « don’t be afraid! », « go crazy! »…Such were in essence the kindly advice of many jury members during the schools’ visits – the qualifications–, which gathered almost 250 art students. The viewers seemed to be less enlivened by striclty formal researchs and the construction of a web of references and more sensitive to freedom momentums, madness, risk – taking, to the assertion of an approach, considering that our century, inhibited in a
lethargic ado lescence, deserves to be seriously shaken- up. No forced quest toward innovation, but a true positioning: The artist is essential to our society, disturbing, questioning and enlightening, and, in these hard times, great hopes are placed in a relief still seen as wise and shy.
The jury’s choices were then oriented towards maturing practices, nonetheless carrying assumed reflections, potentials, or gr oundbreaking universes. Through a curating project centered on the composition of several high points, our will is to transpose a panorama of what has conquered the jury and has touched our own sensitivity during the schools’ visits. The goal is not to offer an objective and exclusive trend, but rather to point out a set of subjective clues, likely to lead to the coming years’ art.
The exhibition begins with incongruities, impossible spaces, of wait, fiction and sensorial discovery. They surround a room full of a sharp look on human present condition. Economy, work, geopolitics,globalisation, mass media, are the subjects and targets of a youth full of energy. Through the creation of an aesthetic of control or ruin, always filled with a certain elegance, they want to highlight– and sometimes denounce – our society whims. The orangery makes way to explosion, erasure, dismemberment of bodies – an enigmatic sensuality. This secular garden leads to a vast temple. The body rebuilds itself to enter into mediation: Hope of a miracle, martyrs, rituals, sanctified daily life, chance or pure abstraction. The artist is also the one who develops in an alternative temporality, able to patiently wait for an elsewhere sign, or to invoke it. This is no exception for this generation who creates or looks for singular spirituality forms, as to establish our world and its beliefs on a new base. Once on the mezzanine, the introspective replaces the universal with art works based on memory, love, their breaking – up, and the personal path of their creators. The Pastourelle aisle, at last, opens a door on the studio and on the
creative context by addressing some issues linked to the present and future art works’ production. What can be done faced with the emergence of artificial intelligence and techniques’ automation? Can a robot be one day a great artist? It might be a master in form and imitation, an encyclopedia of references, with a matchless dexterity, but will never be able to claim the one thing inherent to every artist, elderor young: Freed