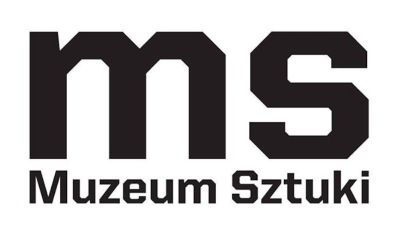 Stephen Kaltenbach is a pioneer and one of the most prolific artists of conceptual art in the United States, the one whose works were part of the groundbreaking installations representative of the movement at the time. The exposition at ms¹ will be the first comprehensive presentation of his work in Poland and an attempt to look at Kaltenbach’s artistic achievement as a whole. The choice of artworks was made in accordance with the logic of the so-called ‘protocol of opposites’, in which Kaltenbach challenges the stereotypical beliefs about art, the context of its presentation or the role of an artist.
The first distinctive feature of the exposition which exemplifies this approach is the author’s tendency to neutralise the visible aspect of a piece of art. It is represented, among other forms, in his sculpture pieces whose identity, when put against the surrounding objects, gets obliterated, or in the structures presented in the ‘Room Alterations’ cycle (1967-1969), in which the disappearing of the sculpture object is parallel to the modification of the architectural space. The tendency to integrate the artwork with the space around it applies to his ‘Wall Paintings’ ( 1967) as well, where the shade of gray is almost indistinguishable from the whiteness of the walls.
Another group of works constitute the so called ‘Time Capsules’ (1967), representing the idea of concealing part of information. This project comprises metal containers of small sizes, engraved with a minimal reference to their content or information to the recipient, with the instructions as to when to open the capsule. Originally, these items were meant as a gift for individual people or institutions, and were to function independently of institutional or commercial circulation of artwork.
A lot of works offer the possibility to communicate with viewers in an alternative way – other than through the institutional channels of information flow. This group of works includes the bronze ‘Sidewalk Plaques’ (1968-1969), which are to operate in the context of the city. Embedded in the pavement of concrete, they were to (in Kaltenbach’s words) “move the museum out into the street and change what is happening in the street into a work of art”. The very idea of releasing works from the dependence of the institutional context is also manifested in his enigmatic micro- manifestos published in the advertising magazine, ‘Artforum’ (1968-1969). The idea behind the ‘Modern Draperies’ project (1967), on the other hand, is to minimize the artist’s involvement in offering a particular vision of an artwork and to hand this responsibility over to owners and curators of art galleries and exhibition sites.

Stephen Kaltenbach, “Time Will Tell”, about 2010, acrylic, paper
Faithful to the principle of negation of artistic conventions, in the second half of the 1960s Kaltenbach would occasionally put on some fictional artists’ personae, such as ‘Es Que?’ or Clyde Dillon, and intentionally produce ‘bad’ art. In 1970 he created and personified the character of Regional Artist, who lived and acted in the environment of California. The Regional Artist is the one who reflected on the geopolitical condition of the contemporary world. The boards of the Bad Ideas series (2002) represent ideas which, according to Kaltenbach, should not be realized. These works, as well as many others included in the exhibition, reflect the artist’s disobedience to the established norms and make up the ‘Index of Possibilities’, which stands for the constant search for alternative solutions and ideas in art.
Stephen Kaltenbach (b. 1940) is one of the most important and prolific figures in American conceptual art. He was featured in landmark group exhibitions organised by the movement’s foremost advocates – Seth Siegelaub (March, 1969), Harald Szeemann (‘Live in Your Head: When Attitudes Become Form’, 1969), and Lucy Lippard (‘955,000’, 1970) – as well as presenting solo exhibitions at the Whitney Museum of American Art (1969) and the San Francisco Museum of Modern Art (1967).
Kaltenbach’s work was included in other definitive exhibitions of conceptual and minimal art including: ‘9 at Castelli’, Castelli Warehouse, New York (1968); ‘Earthworks’, Dwan Gallery, New York (1968); ‘557,087’, Seattle Art Museum (1969); ‘Language III’, Dwan Gallery, New York (1969); ‘Between Man and Matter’, Tokyo Biennale, Tokyo Metropolitan Art Gallery (1970); and ‘Information’, Museum of Modem Art, New York (1970). Since the 1970s, Kaltenbach’s work has been included in many conceptual art surveys including ‘1965–1975: Reconsidering The Object As Art’, Museum of Contemporary Art, Los Angeles (1995); ‘The Quick and The Dead’, Walker Art Center, Minneapolis (2009); ‘1969’, PS1, New York (2010); ‘Under the Big Black Sun’, Museum of Contemporary Art, Los Angeles (2011); ‘State of Mind’, Orange County Museum of Art, Newport Beach (2011) and Berkeley Art Museum/Pacific Film Archive, Berkeley (2012); ‘ENDS OF THE EARTH: Land Art to 1974’, MOCA, Los Angeles (2012) and Haus der Kunst, Munich (2012); ‘When Attitudes Become Form: Bern 1969/Venice 2013’, Prada Foundation, Venice (2013); ‘Materializing “Six Years”: Lucy R. Lippard and the Emergence of Conceptual Art’, Brooklyn Museum (2013).
http://www.stephenkaltenbach.com
https://www.facebook.com/events/234731146989926/