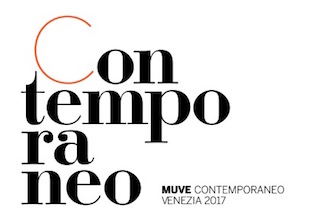 Ca’ Pesaro – International Gallery of Modern Art
Galleria Internazionale d’Arte Moderna
WILLIAM MERRITT CHASE (1849-1916)
A painter between New York and Venice
Exhibition: February 11 – May 28 2017
Scientific direction Gabriella Belli
Curated by Elsa Smithgall, Erica E. Hirshler,
Katherine M. Bourguignon, Giovanna Ginex
Santa Croce 2076, 30135 Venezia
http://capesaro.visitmuve.it/en/mostre-en/
WILLIAM MERRITT CHASE (1849-1916)
A painter between New York and Venice
Exhibition Itinerary Educational activities for Adults and School Exhibition
February 11 – May 28 2017
The Fondazione Musei Civici di Venezia presents – an absolute European preview– a great retrospective dedicated to the American artist William Merritt Chase.
Ca’ Pesaro – International Gallery of Modern Art, after the presentation at Washington DC and Boston, will bring together almost sixty of the artist’s best works from American public and private collections, and will display the only painting by Chase in Italy – Self-Portrait (1908) – coming in Venice on loan from Galleria degli Uffizi (Florence).
The exhibition is realized by the academic direction of Gabriella Belli (Direttore Fondazione Musei Civici di Venezia), Dorothy Kosinski (Director, The Phillips Collection Washington DC) and Matthew Teitelbaum (Ann and Graham Gund Director Museum of Fine Arts, Boston) and curated by Elsa Smithgall (Curator, The Phillips Collection), Erica E. Hirshler (Croll Senior Curator of American Paintings Museum of Fine Arts, Boston), Katherine M. Bourguignon (Curator, Terra Foundation for American Art) and Giovanna Ginex (historian of art and independent curator for Fondazione Musei Civici di Venezia).
A renowned figure in the international art circles of the late 19th and early 20th centuries, William Merritt Chase (1849-1916) has been an innovative painter who has known to portrait, through a technique inspired by the observation of the masters of European art antic and contemporary, the life of the north American bourgeoisie.
In his four-decade-long career, he reports in his work the energy of a nation on the verge of the 19th century, portraying the dynamic evolution of a society – mainly middle class of Anglo-Saxon descendent – which stars to populate the urban parks in New York, the beaches in Long Island to get accustomed to art, visiting exhibitions and artists’ studios.
Born in 1849 in Williamsburg, Indiana, Chase after a first studies in New York city, moves in 1872 in Europe to join the Royal Academy in Munich.
During is European sojourn until 1878, Chase voyage at London, Paris and in Netherlands. Among these places, Venice represents a place to be for Chase, where he studies the old masters and confronts, during his Venetian sojourn from 1877 to 1878, with the artists who are working in the city.
Cosmopolitan artist, during the 1880s among frequents voyages in Europe, follow an intense exhibition Chase in America and Europe, becoming a leading figure for young American painters – such as Georgia O’Keeffe, Joseph Stella and Edward Hopper. Thank to his teaching position first at the Art Students League and at the Brooklyn Art School, then at the Chase Art School, renamed in the 1898 New York School of Art.
At his role inside the academies, in the summers between 1903 and 1913, Chase will have be the maitre ad guide accompanying his students in study courses in the main European cities.
Yet considered from his contemporaries one of the main interprets of the American painting, Chase displays at the main American and European exhibition, the Venice Biennale in 1901 an the International Exhibition in 1911.
Come back for the last time in Venice with his students in the summer of 1913, he dies in 1916 at his Stuyvesant Square house.
The exhibition is organized with The Phillips Collection Washington DC, Museum of Fine Arts, Boston, Fondazione Musei Civici di Venezia and Terra Foundation for American Art.
With the generous support of Terra Foundation for American Art.
Terra Foundation for American Art (Chicago, IL, USA) is dedicated to fostering exploration, understanding, and enjoyment of the visual arts of the United States for national and international audiences. Recognizing the importance of experiencing original works of art, the foundation provides opportunities for interaction and study, beginning with the presentation and growth of its own art collection in Chicago. To further cross-cultural dialogue on American art, the foundation supports and collaborates on innovative exhibitions, research, and educational programs.
Implicit in such activities is the belief that art has the potential both to distinguish cultures and to unite them.
The exhibition is accompanied by a fully-illustrated catalogue, published by Magonza (Arezzo, 2017), with foreword by D. Frederick Baker and essays by Elsa Smithgall, Erica E. Hirshler, Katherine M. Bourguignon, Giovanna Ginex and John Davis.
The edition of the catalogue – fist Italian publication dedicated to the artist – has been made possible thanks to the generous support of Terra Foundation for American Art.
Scientific direction Gabriella Belli
Curated by Elsa Smithgall, Erica E. Hirshler, Katherine M. Bourguignon,
Giovanna Ginex
http://capesaro.visitmuve.it/en/mostre-en/mostre-in-corso-en/william-merritt-chase-exhib/2017/02/18289/a-painter-between-new-york-and-venice/
Vaporetti From Piazzale Roma: Line 1 San Stae stop
From Santa Lucia Railway Station: Line 1 San Stae stop
From Lido di Venezia: Line 1 San Stae stop