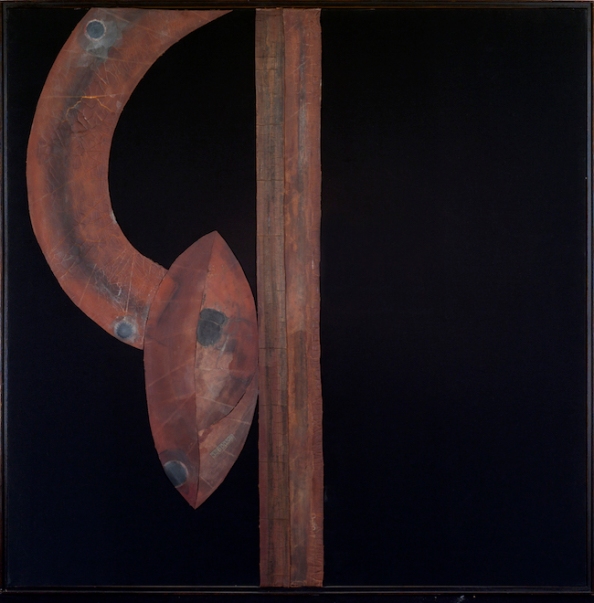 Carol Rama, Spazio anche più che tempo Photo by Augustin Ochsenreiter, Bolzano. ©Archivio Carol Rama, Torino
A Major Show Dedicated to Carol Rama Will Open During Venice Biennale
The presentation coincides with the largest exhibition of her work in the U.S. at the New Museum.
Beginning May 8, 2017, the Archivio Carol Rama is proud to present the first Venice exhibition in a decade to celebrate the late artist Carol Rama (b. 1918, Turin, Italy–d. 2015, Turin, Italy). Carol Rama. Spazio anche più che tempo will feature a group of exceptional works representing the broad range of materials and styles that comprise her iconoclastic oeuvre, and highlighting her skillful approach to organizing the space of the picture plane.
Rather than a survey, Carol Rama. Spazio anche più che tempo explores the many stages of Rama’s artistic development through a group of thirty works that introduce viewers to the richness of her formal styles and her bold iconography. As a self-taught artist who confidently paved her own path, Rama is celebrated as a fearless and transgressive figure. Continually engaged in an inventive approach to structure and composition, she seasoned her art with unconventional media, industrial material, provocative imagery, and psychologically-charged legends.

Carol Rama, Opera n. 34, 1940. Photo by Pino Dell’Aquila, Torino. ©Archivio Carol Rama, Torino
Carol Rama. Spazio anche più che tempo opens in conjunction with the 57th International Art Exhibition of the Venice Biennale, and will take place at the historic Ca’ nova on the Grand Canal. Venice has special significance within the story of Rama’s career: In 2003, she received the Biennale’s coveted Golden Lion for Lifetime Achievement, and in 1993 the Biennale included an exhibition devoted to her work. In a much earlier phase of her career, she participated in the Venice Biennales of 1948, 1950, 1952, and 1956.
On view through June 28, 2017, the exhibition also coincides with Carol Rama: Antibodies at the New Museum, New York, which marks the artist’s first New York City museum survey. Curated by the institution’s Artistic Director Masimilliano Gioni, Carol Rama: Antibodies opens to the public on May 3, 2017, and will be the largest presentation of her work in the United States to date.
About the Exhibition
Carol Rama. Spazio anche più che tempo is curated by Maria Cristina Mundici and Raffaella Roddolo, members of the Scientific Committee of the Archivio Carol Rama. Retracing the progression of Rama’s career, the stylistically diverse works on view are connected by a one shared characteristic: a wholly unique approach to composition. The exhibition at Palazzo Ca’ nova celebrates what could be called Rama’s “absolute eye”. Rama took in stimuli from intellectuals and other artists, creating works that embody a very personal reaction to the various artistic contexts through which she moved. Rama’s oeuvre defies and transcends many plausible artistic lineages, which might include Felice Casorati, Picasso, Egon Schiele, Man Ray, Marcel Duchamp, Robert Rauschenberg, the Movimento d’arte concreta (MAC), and the postwar French avant-garde. The works on view at Palazzo Ca’ nova are markedly different from each other, but their forms, colors, and materials are consistently treated with precision and effortless grace. The autodidact’s eye was activated by a desire to go beyond the known and expected. Rama’s art continues to inspire new generations of contemporary artists.

The late artist, born in 1918 in Turin, Italy, is no stranger to Venice; an exhibition of her work was presented as part of the Venice Biennale in 1993, and she participated in four editions of the Biennale. Rama was also the recipient of the famous Golden Lion for Lifetime Achievement in 2003.

The exhibition will explore the many stages and development of Rama’s artistic career through 30 works and with particular attention to Rama’s unique command of composition. The exhibit also coincides with “Carol Rama: Antibodies,” the self-taught artist’s first New York museum survey at the New Museum, which also happens to be the largest exhibition of her work in the United States. 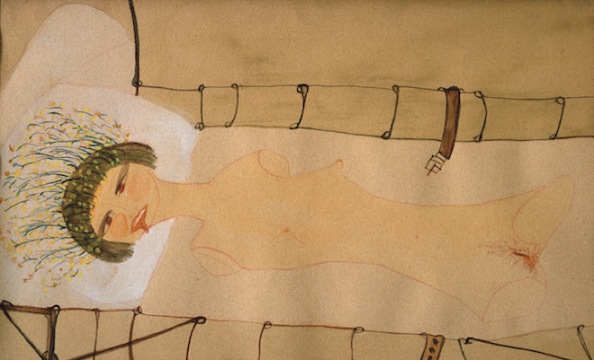