French-Algerian artist Kader Attia (born 1970) works across diverse media including collage, photography, video, sculpture and installation. This new survey exhibition encompasses over a decade of the artist’s practice, focussing on key installations which are contextualised by video and sculptural works.

Exploring ideas around cultural exchange, appropriation, and the tangled relationship between extra-Occidental cultures and the West in the wake of decolonisation, Attia articulates theories of ‘injury’, ‘repair’ and ‘reparation’ through his practice. These ideas are expressed through two- and three-dimensional works that juxtapose broken objects, including African masks with visible repairs, alongside Classical statuary and documentary imagery of World War 1 veterans with significant facial injury and surgical reconstruction.

Absence and the void are further themes within Attia’s practice. Ghost (2007) comprises an installation of empty aluminium-foil casts of kneeling women in prayer. In Asesinos! Asesinos! (2014) over 100 doors are split into halves and presented in a vast, upright formation of A-frames. They recall bodies in a crowd that surge forward in protest, a sensation enhanced by the work’s title (‘Murderers! Murderers!’) and the silent megaphones mounted on top of them. 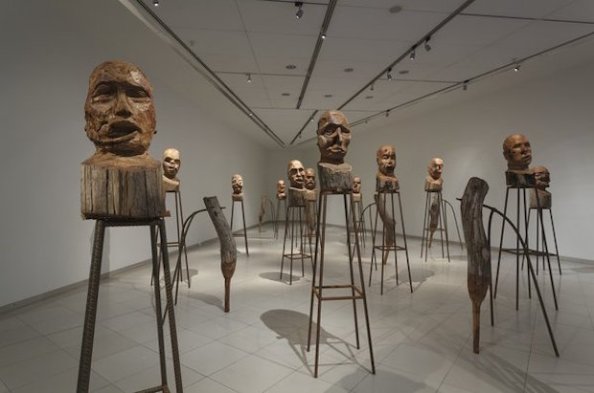 Attia’s installation The Culture of Fear: An Invention of Evil (2013) extends the theme of injury and response through interlocking steel shelves that suggest an archive or library. On the shelves are late 19th and 20th century books and newspapers that extend the colonial gaze into the present through their depiction of European encounters with a non-Western, uncivilized ‘other’.

Kader Attia was the recent recipient of the 2016 Prix Marcel Duchamp, France’s most prestigious art award. Central to his presentation at the Centre Georges Pompidou, Paris was the extraordinary 48-minute film Reflecting Memory (2016), which forms a highlight of the current exhibition. Exploring themes of injury, therapy and the ‘phantom limb’, it opens up ideas around trauma and its unseen repercussions, for both the individual and wider society. 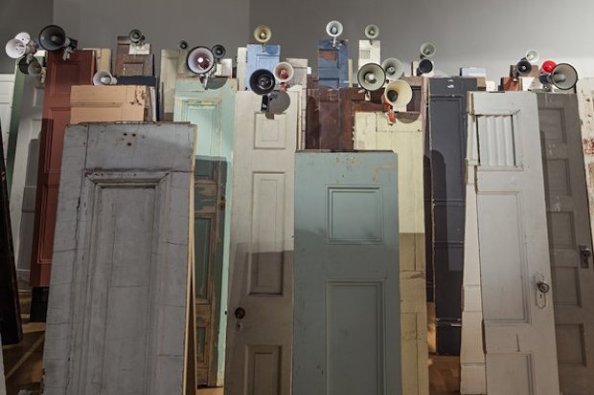 Curated by MCA Chief Curator Rachel Kent, this is the first solo presentation of Kader Attia’s work in the Southern Hemisphere.

The exhibition will be presented at the Museum of Contemporary Art Australia, Sydney, from 12 April – 30 July, and the Australian Centre for Contemporary Art, Melbourne, from 30 September – 26 November 2017