Biennale of Sydney 2018
THE 21st AND 22nd EDITIONS
curated artistic direction of Mami Kataoka
March to June 2018
The 22nd edition will take place in 2020.
https://www.biennaleofsydney.com.au/
http://neilsonfoundation.org.au/ 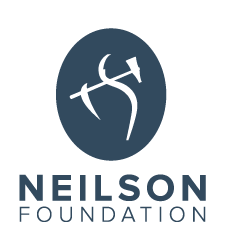 The Asia–Pacific’s leading contemporary art event the Biennale of Sydney today announced it’s Principal Patron, the Neilson Foundation, has made an extended commitment to supporting the Biennale through its 21st and 22nd editions.

Mr Kerr Neilson of the Neilson Foundation said, “The Biennale of Sydney is Australia’s pre-eminent independent contemporary art event and we are delighted to continue as a principal partner and invest in its future. The Biennale provides an important international platform for contemporary art and supports the exploration of new ideas and venues, including the organisation’s reputation for enlivening the city by using unusual sites to display artworks. The internationally recognised Cockatoo Island in Sydney Harbour is a fine example of how the Biennale has transformed the city and offered visitors unique insights into the most engaging art of our times. We hope this donation will encourage others to join us in giving generously to the Biennale.”

The 21st Biennale of Sydney (2018) will be curated under the artistic direction of Mami Kataoka and will be presented from March to June 2018. The 22nd edition will take place in 2020.

ABOUT THE BIENNALE OF SYDNEY: Since its inception in 1973, the Biennale of Sydney has provided a platform for art and ideas, showcasing the work of nearly 1,800 artists from more than 100 countries. Today it is considered one of the leading international contemporary art events, recognised for commissioning and presenting innovative, thought provoking art from Australia and around the world. With an average of 40 percent of visits made by people from outside of Sydney, the Biennale holds an important place on both the national and international stage.

NEILSON FOUNDATION RENEW AS PRINCIPAL PATRON FOR
THE 21st AND 22nd EDITIONS
The Neilson Foundation was established in 2007 to support both the arts, and charities that work towards social cohesion.
The Foundation has distributed over 70 million dollars to such causes since its inception.
We favour innovative initiatives in two key areas.
The first, improves accessibility to the arts with the aim of enriching the cultural landscape of Sydney and Australia.
The second, assists organisations which support individuals facing extreme disadvantage. The Foundation values programs that offer support to vulnerable youth, migrant populations, and individuals facing domestic violence and mental health issues.
http://neilsonfoundation.org.au/about/