In honor of the renowned photographer, educator, lecturer, author, and curator Nathan Lyons, Bruce Silverstein is pleased to present, in association with Affirmation Arts, Nathan Lyons: Final Chapter. This exhibition marks the first occasion that this legendary artist’s color photographs will be seen by the public.  It represents the fifth and final installment of a photographic opus spanning five decades, illustrating the artist’s intention of creating and transmitting a unique visual language through photography. This exclusive first look will be a prelude to his upcoming exhibition at the George Eastman Museum in 2019.

Nearly 50 years have passed since the publication of his seminal book, Notations in Passing (1971), born out of his larger, extraordinary body of work bearing the same title. The images comprising this now-iconic compilation would be the artist’s first series of ‘snapshots’. This series sought to document the American ethos of 1962-1974 through the ubiquitous vernacular elements dispersed throughout the suburban landscape. Lyons would often focus on specific advertisements, posters, signage, drawings, and graffiti–lending a voice to the otherwise fading, forgotten script. Notations in Passing was also groundbreaking in its introduction of the artist’s keen interest in photographic sequencing, often laying out seemingly disparate images in pairs, allowing a range of meaning to emerge through such juxtaposition.

The snapshot, not as product but as process. Unpretentious and yet important, aspiring to nothing but a notation in passing. Things as they are, or what we make of them? In attempting to let objects be, objects and object spaces, to form simultaneously a neutral yet actively observational position, to combine ‘non-photographs’ as photographs. Not one or the other, but all of them together, of many places and spaces—a continuity of impressions.

Notations in Passing would be followed by Riding First Class on the Titanic (2000), After 9/11 (2003), Return Your Mind to Its Upright Position (2014), and finally, the untitled series of works in color featured in the current exhibition. Through the images in each of these interconnected bodies of work, the viewer bears witness to the changing cultural landscape affected by the traces of humanity left behind.

As the curator at the George Eastman House in Rochester beginning in 1960, Lyons would present some of the most influential exhibitions of the era. Seven Contemporary Photographers (1961) and Toward a Social Landscape (1966) would be some of the earliest exhibitions to feature the works of Bruce Davidson, Danny Lyon, Ralph Eugene Meatyard, Ray Metzker, Duane Michals and Garry Winogrand.  Lyons recognized the talents of Lee Friedlander and organized his first solo show in 1963.  He also curated The Persistence of Vision (1967), Photography in the Twentieth Century (1967), and Vision and Expression (1969) at the George Eastman House.  Later in his life, he would become the driving force for the recognition of such process-driven artists as Keith Smith and John Wood.

In the introduction to her landmark examination of Nathan Lyons and his indelible impact on the field of photography (Nathan Lyons, 2012), Jessica S. McDonald, Chief Photography Curator at The Harry Ransom Center writes:

Lyons’s ambitious program of exhibitions and publications at Eastman House was gaining momentum and international attention, paralleled only by that of John Szarkowski at the Museum of Modern Art in New York. At a time when few museums collected photographs, and even fewer exhibited them, Eastman House and MoMA were two outstanding exceptions. Lyons focused his program on emerging photographers, and his broad, inclusive definition of the medium marked him as a trailblazer…. He demanded time and thought from audiences, challenging them to cast aside their expectations and be receptive to ‘unfamiliar views.’

After leaving the George Eastman House in 1969, Nathan Lyons became the Founder of the Visual Studies Workshop, one of the few institutions at the time to offer graduate classes in photographic theory, history and practice.  According to Lisa Hostetler, Curator-in-Charge of the Department of Photography at the George Eastman Museum, ‘Lyon’s impact as an educator at the Visual Studies Workshop is difficult to overestimate; numerous photographers, curators, scholars, photobook makers, and citizens have been inspired and challenged by him.’  In the curatorial field alone, former students include Adam Weinberg, Director of the Whitney Museum of American Art, Peter Galassi, former Chief Curator of the Department of Photography at the Museum of Modern Art, and Anne Wilkes Tucker, former founding Curator of the Department of Photography at the Houston Museum of Fine Arts.

In 1983 Nathan Lyons organized Oracle, the annual international conference for photography curators and directors of photographic institutions that still exists today.  He was also the founding trustee of the New York Foundation for the Arts (NYFA) and served as its chair from 1976 to 1993.

It is no understatement to posit that few people have had as much impact on photography in America in the second half of the twentieth century as Nathan Lyons. The tremendous support which Lyons provided to contemporary photographers through his significant exhibitions programming and publications expanded the audience for photography. The current exhibition provides a unique opportunity to discover something yet again new from this venerable practitioner, as these never-before-seen images illuminate the world before our eyes. In the words of the artist:

What it is that we “understand” is not a question of original idea, but discovery. Understanding exists, it must be found. The generative property inherent within interacting moments of understanding is the imaginative literature of the mind. The affirmation of imaginative association is the expression of Art. Art is an expression of knowledge.

Nathan Lyons is known for his honest and often questioning depictions of America’s cultural landscape. The artist has exerted a profound impact on the field of critical visual thinking for more than forty years. He is interested in the strategic juxtaposition of images that alter the meaning of the image itself, and create an open-ended space for dialogue. Lyons devises sequences of black and white pictures often mounted as diptychs, that incorporate signage, graffiti and advertisement in order to explore the use of language in imagery, form visual puns, or critically assess the American scene. The artist’s perception of the world as a vast repertoire of signs awaiting to be decrypted reflects the current changes taking place in contemporary society, where the written word is no longer dominant, and people are constantly surrounded by an image-driven environment. 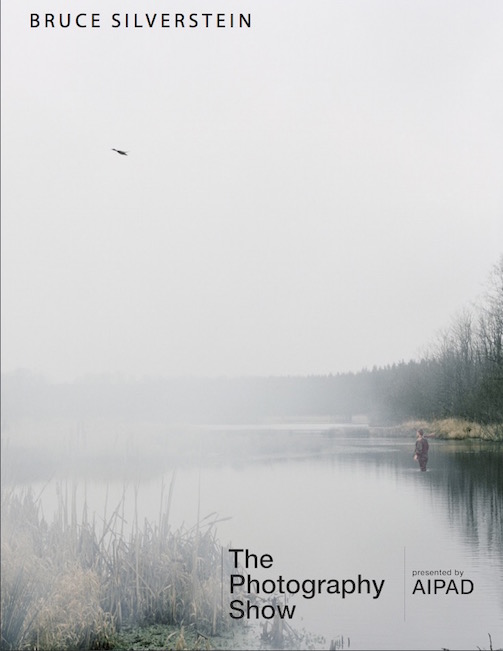 Trine Søndergaard & Nicolai Howalt, Lindekjaer
from the series How to Hunt, 2005