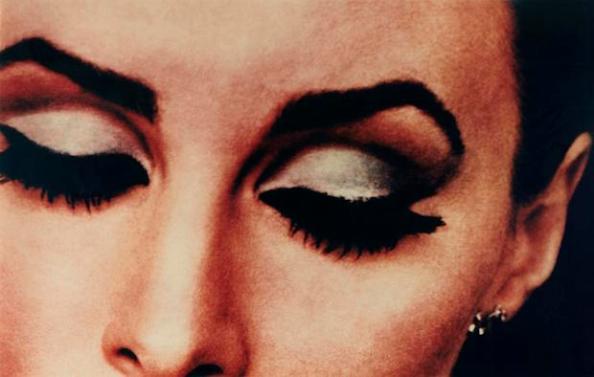 Richard Prince (b. 1949), Untitled (Woman with Eyelashes),
1982 -84. Ektacolor photograph, 30 x 40 in. (76.1 x 101.6 cm.).
© Richard Prince, courtesy of Skarstedt
Double Take
A re-framing, re-staging and re-presentation of appropriation in photography from the 1960s to the present day.
“The great thing about appropriation is that even though the transformation reads as fiction, everybody knows that the source of the appropriation was at some point non-fiction, (magazine, movie, etc.), and it’s these sources, or elements of non-fiction, that gives the picture, no matter how questionable, its believable edge” – Richard Prince.
Featuring: Anne Collier, Roe Ethridge, Robert Heinecken,
Barbara Kruger, Louise Lawler, Richard Prince,
Collier Schorr, Steven Shearer, Hank Willis Thomas.
Skarstedt, London is delighted to announce its forthcoming exhibition, Double Take (7th March to 22nd April 2017) which will look at the theme of appropriation and how it has been explored by different generations of artists using photography. With the democratisation of the image through social media and the internet in today’s digital age, Double Take explores the continued power of pictures in shaping ideas of identity, gender, race, desire and sexuality.
Featuring works by leading artists from the 1960s to the present day, the exhibition takes as its starting point Robert Heinecken’s seminal series of photograms Are You Rea, 1964 – 68, as well as works by ‘Pictures Generation’ artists, including Richard Prince, Barbara Kruger and Louise Lawler, who came of age during the media-driven consumer culture of the late 1970s and early 1980s. Alongside these artists, the exhibition also showcases works by a younger generation, including Anne Collier, Roe Ethridge and Steven Shearer, whose interests reflect those of their predecessors, whilst also presenting their own unique take on appropriation.
Taking images of existing artworks in the case of Louise Lawler, or challenging the verisimilar qualities of images propagated in the mass media in Richard Prince’s case, each of the artists featured in Double Take use photography as a tool to re-frame and re-contextualise. Through each of the artists’ engagement with the formal and conceptual properties of the medium, they challenge the notion that photography presents a faithful representation of reality and incite us to look more closely at how images are manipulated, styled and filtered to create fictions that we, the public are too-often ready to accept.