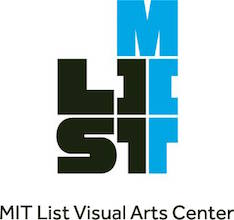 Gwenneth Boelens is concerned with processes of perception, memory, and time; throughout her work she aims to fix the traces of physical movement in space. Originally trained in photography, in her earlier work she used the antiquated wet plate collodion process, during which chemicals are distributed onto large glass plates and exposed to light. The resulting glass pieces capture the traces of her handling the plates during the process, and are displayed as sculptural installations in the space. More recently, Boelens has made a series of large-scale photograms, using various objects or textiles that are folded repeatedly over the duration of the exposure and create radiant fields of color. The show at the List, Boelens’s first solo museum exhibition, will present a group of new photographic works and woven, sculptural pieces.

In her first US solo exhibition, Paris-based artist Charlotte Moth presents a group of recent works in sculpture, photography, and film. Throughout her work, she trains her gaze on the architectural spaces in which we live and the objects that surround us. Since 1999, Moth has taken analogue photographs of buildings and interiors encountered while traveling, a collection of images she calls theTravelogue. These photographs serve as source of many of her installations, variously grouped into slide projections, sculptural wall works, or table assemblages. Paying close attention to overlooked details like corners and crevices, or the play of shadows, Moth renders mundane objects and spaces as magical and strange.

At the center of her exhibition at the List Center is Noting Thoughts (2011), a group of table assemblages comprising photographs, short poetic texts, and colored theatrical gels. Her living images (2016), three wall-mounted sculptures of life-size hands cast in bronze and holding a variety of commonplace objects, introduce Moth’s central theme of tactile modes of perception. The slowly rotating Lurking Sculpture (Rotating Rubber Plant) (2016), a 3D-printed reproduction of a houseplant mounted on a granite plinth, presents another mundane object removed from its familiar, domestic context.

The final work in the exhibition, Study for a 16mm Film (2011)—a digital transfer of a 16mm silent film produced at a residency in Porto, Portugal—functions as a meditation on color and light, staging and display. Moth films a series of mirrors and other reflective objects on furniture, framed by curtains, all in luminescent color. The moving camera variously circles the enigmatic objects or captures the reflection of light and shadows caused by their own movement. Devoid of people, Moth’s experimental gleaming devices appear like a mysterious stage set. The film, and the exhibition as a whole, is driven by the artist’s continuous probing of conditions that influence our perception and her metaphorical attempt to peek behind the surface of familiar things.

Charlotte Moth (b.1978, Carshalton, UK) lives and works in Paris. Solo exhibitions of her work have been mounted at Kunstmuseum Liechtenstein, Vadúz (2016); Tate Britain, London (2016); Esker Foundation, Calgary (2015); De Vleeshal, Middleburg, The Netherlands (2014); Centre d’art contemporain, Geneva (2012); and Musée départemental d’art contemporain, Rochechouart, France (2011), among others. Moth was educated at UCCA, Canterbury and the Slade School of Art in London, before completing her training at the Jan van Eyck Academy in Maastricht, The Netherlands.

Exhibitions at the List Center are made possible with the support of Jane & Neil Pappalardo, Cynthia & John Reed and Terry & Rick Stone.

General operating support is provided by Massachusetts Institute of Technology, the Council for the Arts at MIT, the Office of the Associate Provost at MIT, the MIT School of Architecture + Planning, the Massachusetts Cultural Council, and many generous individual donors. The Advisory Committee Members of the List Visual Arts Center are gratefully acknowledged.