Marlborough Fine Art is pleased to announce Edge, an exhibition of new paintings and sculpture by Maggi Hambling, widely regarded as one of Britain’s most significant and controversial artists. The exhibition follows Touch, a retrospective of Hambling’s works on paper at the British Museum. Hambling has exhibited with Marlborough for 20 years and this is her eighth solo exhibition with the gallery.
Hambling’s work offers a counterweight to the careful irony and self-conscious allusion of much contemporary art, demanding a direct and unmediated encounter with the viewer. These new works succeed in convincing us that we are present at, and indeed become part of, their making. We are “on the edge”, confronted by the fragility of existence, both ours and that of the planet. 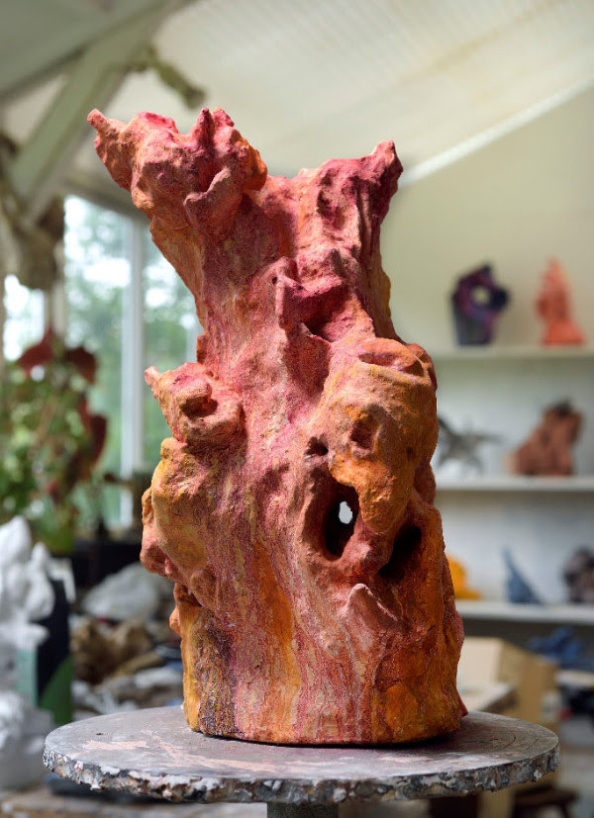 Maggi Hambling, Politician, 2015, painted bronze, Copyright Maggi Hambling, courtesy Marlborough Fine Art, London
The artist has never been afraid of addressing big themes and delivers the simultaneous presence of life and death in her work. In this new series, polar icecaps melt, Hamlet questions, and human vulnerability is continually – and viscerally – expressed. We are asked not so much what do we think, but rather, what do we feel.
“…in a period when many artists try to be sexy, and only end up being commercial and competitive, she’s the real thing.” John Berger 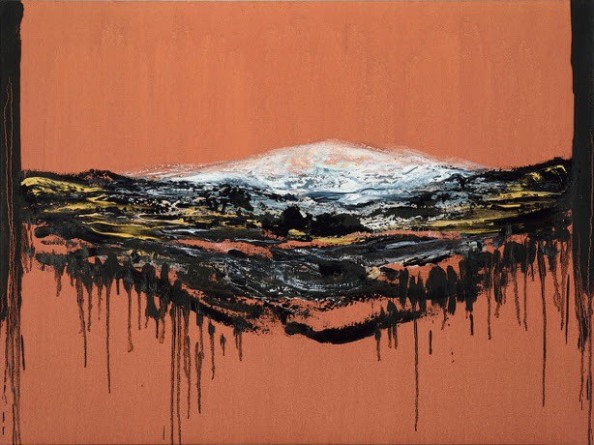 Maggi Hambling, Edge IV, oil on canvas, 2015-16, 36 x 48 inches,
courtesy the artist and Marlborough Fine Art, London
About the artist
Hambling (b. 1945, Suffolk) studied with Lett Haines and Cedric Morris followed by Ipswich School of Art, Camberwell School of Art and Slade School of Fine Art. She was the first Artist in Residence at the National Gallery in 1980 and won the Jerwood Painting Prize (with Patrick Caulfield in 1995). The artist’s work has been featured widely in solo exhibitions including: King’s College London, Somerset House, London (2015); National Gallery, London (1981 & 2014); The State Hermitage Museum, Saint Petersburg (2013); The Lowry, Salford, Manchester (2009); National Portrait Gallery, London (1983 & 2009); Walker Art Gallery, Liverpool (2009); Yorkshire Sculpture Park, Wakefield (1997); and Serpentine Gallery, London (1987). Her works are represented in collections worldwide including: Australian National Gallery (Canberra); Yale Centre for British Art (New Haven); National Gallery (London); Tate (London); Victoria and Albert Museum (London) and British Museum (London).
Working from the 1960s to the present day, Hambling is renowned for a prolific corpus which spans painting, sculpture, print making and installation. She remains best known for her portraits, paintings of the sea, and public sculpture – both celebrated and controversial – which include A Conversation with Oscar Wilde (1998, facing Charing Cross Statin, London) and Scallop (2003, Aldeburgh Beach, Suffolk). Hambling’s work encapsulates her direct and committed engagement with her subjects.
“Maggi Hambling belongs to no school but the universal, and to no trend but the individual and authentic.” Stephen Fry 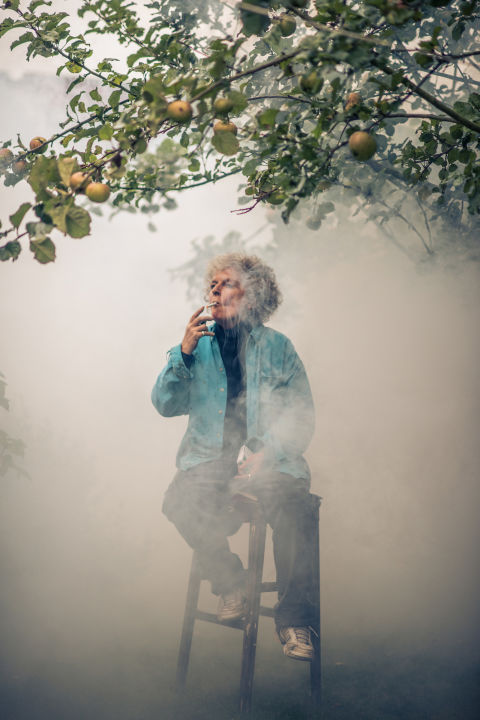 Maggi Hambling has been awarded the ‘Artist Contribution’ award at the annual Harper’s Bazaar Women of the Year ceremony. The prize confirms her status as a world-class artist after this year’s retrospective ‘Touch: Works on Paper’ at the British Museum.