Zaha Hadid is widely regarded as a pioneering and visionary architect whose contribution to the world of architecture was ground-breaking and innovative. The Serpentine presentation, first conceived with Hadid herself, reveals her as an artist with drawing at the very heart of her work and will include the architect’s calligraphic drawings and rarely seen private notebooks with sketches that reveal her complex thoughts about architectural forms and their relationships. The show focuses on Hadid’s early works before her first building was erected in 1993 (Vitra Fire Station in Germany) and presents her paintings and drawings from the 1970s to the early 1990s. The exhibition takes place at the Serpentine Sackler Gallery, renovated and extended by Zaha Hadid Architects in 2013. A select number of institutions and museums across the world join in this timely homage to Zaha Hadid.
Drawing and painting were fundamental to Hadid’s practice. Influenced by Malevich, Tatlin and Rodchenko, she used calligraphic drawings as the main method for visualising her architectural ideas. For Hadid, painting was a design tool, and abstraction an investigative structure for imagining architecture and its relationship to the world we live in. These works on paper and canvas unravel an architecture that Hadid was determined to realise in built structures and is seen in the characteristic lightness and weightlessness of her buildings. Conceived as Hadid’s manifesto of a utopian world, the show reveals her all-encompassing visions of arranging space and interpreting realities.

Many of Hadid’s paintings pre-empt the potential of digital and virtual reality. Technology and innovation has always been central to the work of Zaha Hadid Architects: As Patrik Schumacher, Director, Zaha Hadid Architects said “It was Zaha Hadid who went first and furthest in exploring this way of innovating in architecture – without, as well as with, the support of advanced software”.
The Serpentine has had a long relationship with Hadid, which begun in 1996 when she joined as a Trustee of the Serpentine Gallery. Her first structure in London was the inaugural Serpentine Pavilion in 2000. It was followed by a light installation, Lilas, in 2007. In 2013, she completed the extension for the Serpentine Sackler Gallery, one of Zaha Hadid Architects’s first permanent buildings in central London. She also participated in the Serpentine’s Interview Marathon in 2006 and 89Plus Marathon in 2013.
The exhibition coincides with the opening of Zaha Hadid Architects much anticipated Mathematics: The Winton Gallery at the Science Museum, which explores how mathematicians, their tools and ideas have helped to shape the modern world. 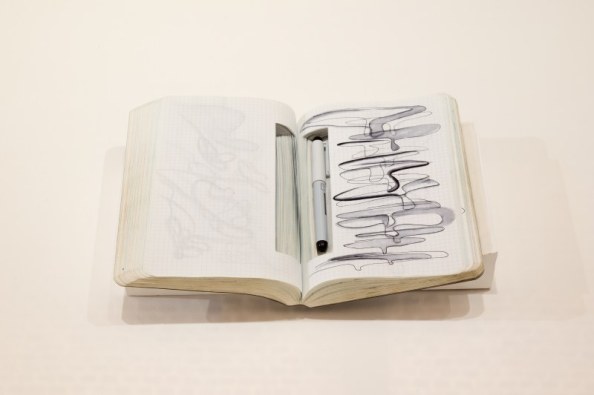 Lucy Raven’s work focuses on the marginal spaces at the edges of image production, what happens behind the camera or between the frames of a film or animation. She follows the production of copper wire from an open pit mine in the American West to a smelter in southern China in China Town (2009). She observes post-production technicians converting Hollywood films to 3D in Chennai, India, linking the digitally created illusion of depth to ancient Indian bas-reliefs in The Deccan Trap (2015). She describes spaces and people on the outskirts of Kingston, New York in the hand-drawn animation I Felt As If I Had Actually Been To China(2007). This shift of focus from the image to its production encourages interrogation of the kind of imagery that has become all too familiar.

Lucy Raven: Edge of Tomorrow brings together a diverse selection of works in a sitespecific installation within the spaces of the Gallery. At the heart of the exhibition, a cinematic space features the animated film Curtains (2014), in which a series of still stereoscopic images converge and diverge, becoming momentarily three-dimensional when viewed through anaglyph 3D glasses. Over the course of the exhibition, this space will play host to a series of film evenings programmed by Raven. 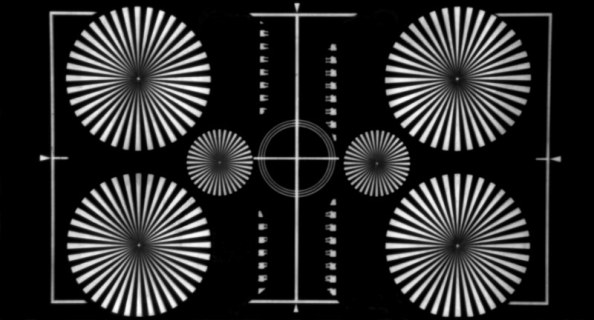 The question of time is paramount throughout the installation, which incorporates Raven’s own work as well as a selection of objects that relate to it. From the slow-moving beams of the installation Casters (2016) to the flickering of film projection test patterns that form a looping visual score in the 35mm film RP31 (2012), time experienced in the gallery is measured in frames and repetitions.

On the occasion of Lucy Raven’s solo exhibition, the artist has programmed a series of screenings in multiple locations bringing together works by artists, documentary footage, and feature-length films. Introduced by leading film theorists, writers and artists, six of the screenings take place at the Serpentine Gallery, turning the Gallery into a cinema and produced in collaboration with MUBI.
http://www.serpentinegalleries.org/exhibitions-events/lucy-raven-edge-tomorrow
https://www.facebook.com/events/1025558097589684/