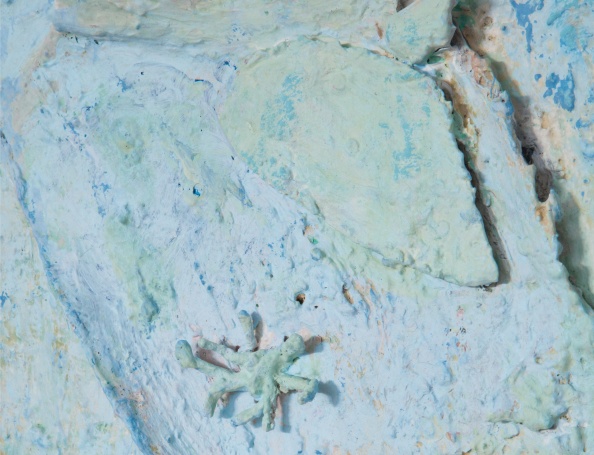 Rodney Graham pulls at the threads of cultural and intellectual history through photography, film, music, performance and painting. He presents cyclical narratives that pop with puns and references to literature and philosophy, from Lewis Carroll to Sigmund Freud to Kurt Cobain, with a sense of humour that betrays Graham’s footing in the post-punk scene of late 1970s Vancouver. The nine-minute loop Vexation Island (1997) presents the artist as a 17th-century sailor, lying unconscious under a coconut tree with a bruise on his head; after eight and a half minutes he gets up and shakes the tree inducing a coconut to fall and knock him out, and for the sequence to start again. Graham returns as a cowboy in How I Became a Ramblin’ Man (1999) and as both city dandy and country bumpkin in City Self/Country Self (2001) – fictional characters all engaged in an endless loop of activity. Such dream states and the ramblings of the unconscious are rooted in Graham’s earlier upside-down photographs of oak trees. Inversion, Graham explains, has a logic: ‘You don’t have to delve very deeply into modern physics to realise that the scientific view holds that the world is really not as it appears. Before the brain rights it, the eye sees a tree upside down in the same way it appears on the glass back of the large format field camera I use.’ (2005)
Rodney Graham was born in Abbotsford, British Columbia, Canada in 1949. He graduated from the University of British Columbia in 1971 and lives and works in Vancouver. Solo exhibitions include Museu D’Art Contemporani de Barcelona (2010), Museum of Contemporary Art Los Angeles (2004), Whitechapel Art Gallery, London (2002), Hamburger Bahnhof, Berlin (2001) and Kunsthalle Wien (1999). He has participated in group exhibitions such as the 13th, 14th and 17th Sydney Biennales (2002, 2006, 2010), the Whitney Biennial, New York (2006) and the Biennale d’Art contemporain de Lyon, France (2003). He represented Canada at the 47th Venice Biennale (1997) and among awards he has received the Gershon Iskowitz Prize, Toronto (2004), the Kurt Schwitters-Preis, Niedersächsiche Sparkassenstiftung, Germany (2006) and the Audain Prize for lifetime achievement in visual arts, British Columbia (2011).